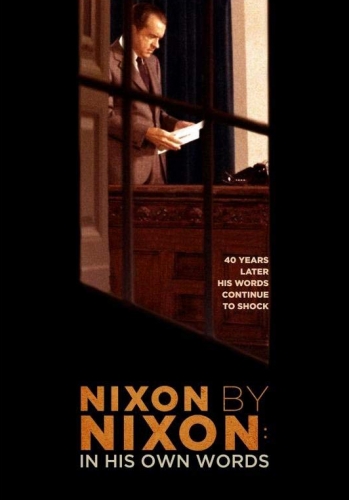 On Aug. 9, 1974, Richard Milhous Nixon became the first American president to resign from office. From 1971 to 1973, he had secretly recorded his private conversations, purportedly for the purpose of historical record, but in the wake of the Watergate scandal the revelation of the tapes led to his downfall.Fearing that the blunt and candid remarks on the tapes would sully the presidency forever, Nixon sought to prevent their public release for the rest of his life after leaving office. However, after his death in 1994, the government began releasing the 3,700 hours of recordings. The final tapes were made public on Aug. 20, 2013.In 1982, John Ehrlichman, Nixons former chief domestic advisor, voiced concern about the Nixon tapes, noting, The problem is that historians are going to grab an hour of tapeand if you listen to a snippet of tape, youre going to form an impression of this man thats going to be wrong. Sometime, hopefully, there will be a committee of historians who will listen to all the tapes and go into all the archives and then come out and say Richard Nixon was the strangest collection, the strangest paradoxical combination of any man I ever heard of. And theyll be right.Only Chief of Staff H.R. Bob Haldeman, Deputy Assistant Alexander Butterfield and Special Assistant Stephen Bull knew of the recordings. Those who did not know included John Ehrlichman, National Security Advisor Henry Kissinger, Deputy National Security Advisor Andrew Haig, Attorney General John Mitchell and Secretary of State William Rogers, among others. It was voice activated everything was taped which was probably stupid, Nixon conceded in 1983.The declassified tapes revealed the Presidents opinions on a vast number of topics, including the Vietnam War, the Pentagon Papers leak, his Supreme Court appointments, and other matters of state. Nixon derided anti-war protesters in private conversations with Henry Kissinger, saying, It really burns me up. We have no pride do we anymore, Henry? He had equally harsh words for young Vietnam vet John Kerry, calling him quite a phony. Years later, Nixon insisted that despite the anti-war sentiment in Congress and the media, That was not the voice of America. The voice of America was the silent majority.Nixons angry reaction to the New York Times publication of thousands of secret Pentagon documents detailing Americas involvement in Vietnam revealed his growing hatred of the press. This is treasonable action on the part of the bastards that put it out, he exclaimed to Henry Kissinger. Daniel Ellsberg of the Rand Corporation, who released the papers to the Times, became a target of his anti-Semitic outbursts. The Jews are, are born spies, he said, and asked Chief of Staff Haldeman to look at any sensitive areas around where Jews are involved.With two vacancies open on the Supreme Court and pressure mounting to nominate a woman, Nixon told the press his list of candidates included Mildred Lillie and Sylvia Bacon. But behind closed doors, he told John Mitchell, I would like to sorta get them off the woman kick if we can. Years later, Nixon called the appointment of the Supreme Court justices the most important achievement domestically of his presidency. Internationally, Nixon described his historic trip to China in 1972 as a watershed moment, and cited his trip to Moscow to negotiate an arms control agreement, as another major foreign policy achievement.The press is the enemy. The press is the enemy. The press is the enemy, Nixon can be heard telling Henry Kissinger. You must keep up the attack on the media. Youve got to keep destroying their credibility, he told Special Counsel Charles Colson. Whether calling them sons of bitches or bastards, Nixons distaste of reporters was only thinly veiled in interviews, and entirely open behind closed doors.After the Watergate break-in, Nixon discussed with Bob Haldeman bailing out the five men arrested saying, Well, they took a hell of a risk. And they have to be paid. Later, he told speechwriter Pat Buchanan, The Watergate thing well, thats going to pass. Thatll be over. Theyll indict a few people, and then the goddam things over.Despite Nixons reelection landslide victory and the achievement of what he called, peace with honor in Vietnam, Watergate did not pass. At the Senate Watergate hearing on July 16, 1973, former Deputy Assistant Alexander Butterfield revealed the secret electronic listening devices in the office of the president. Facing certain impeachment, Nixon subsequently resigned.