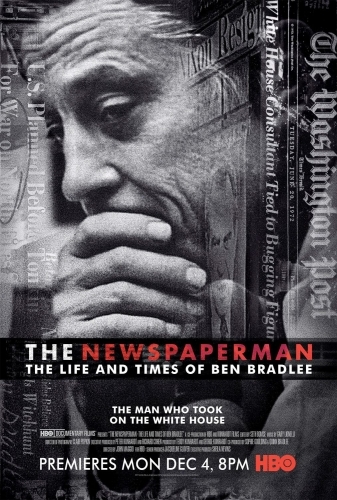 Sometimes referred to as the country’s “most dangerous editor,” Washington Post executive editor Ben Bradlee was largely credited with taking down President Richard Nixon in 1974 after the Post broke the Watergate story, exposing the largest political scandal in American history.

Told primarily in his own words, The Newspaperman: The Life and Times of Ben Bradlee is an intimate portrait of this formidable man, tracing his remarkable ascent from a young Boston boy stricken with polio to the one of the most pioneering and consequential journalistic figures of the 20th century.

Ben Bradlee’s career spanned the most critical moments of the second half of the 20th century. As a foreign correspondent for Newsweek in the ‘50s, Bradlee cut his teeth reporting from the frontlines of wars in the Middle East. In Washington, he befriended young Massachusetts senator John F. Kennedy and later gained unprecedented access to the White House. By the ‘70s, he had transformed the Washington Post from an undistinguished local paper into a national powerhouse, publishing the Pentagon Papers, breaking Watergate and challenging the New York Times for supremacy.

Taking on the political establishment and ushering in a new era of investigative journalism, the tough-talking, chain-smoking Bradlee came to epitomize the modern newspaper editor. Today, when the First Amendment and the press are under constant attack, Bradlee’s fortitude in the face of withering criticism has never been more relevant.